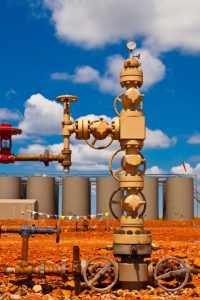 The regulations were prompted by an April 2017 tragedy in which investigators determined that accumulated, untreated natural gas caused an explosion in a house in Firestone, Co., that killed two men and injured a woman. Findings indicated the gas flowed from a nearby well to the house through a line that was recorded as inactive but inadvertently left tied to the well (AOGR, June 2017, pg. 32).

Under the rules, Colorado flowline integrity management requires operators of:

Expanding the state’s Series 1104 regulations to include flowline integrity management pushes Colorado’s oil and gas oversight back to the national forefront, assesses Dan Haley, president and chief executive officer of the Colorado Oil and Gas Association. He says COGA supports the rules, suggesting “these tough, new regulations will further enhance the safety and integrity of pipeline infrastructure.”

He adds that flowline endpoint mapping and a required top-level participation in the state’s one-call system by all operators is unprecedented for any Colorado industry. In addition to the flowline integrity management assessments, the expanded rules also require companies to report injuries to workers and others if they are caused by operational accidents.

Under the rules, any accident that injures a worker that is OSHA-reportable or results in a medical treatment for a member of the public must be reported to the commission. The event is reportable by Form 22 within three days and an injury report not later than six days.

According to a statement from Governor John Hickenlooper, COGCC staff is empaneling a stakeholder group to review current instrument-based technology “for detecting leaks or spills from flowlines.” The panel, to consist of industry, local governments, experts and COGCC staff, will provide a report, with possible recommendations for rules revisions, within a year.

On the day before the flowline hearing, the commission also approved an increase in the production mill levy to 0.11 cents on the dollar, up from 0.07 cents. The increase is estimated to raise an additional $4.8 million to fund COGCC operations, which faces a projected budget shortfall of $5.6 million, a department spokesman indicates.

Commissioners and COGCC Director Matt Lapore discussed but did not act on requests to hike the mill levy to the full 0.17 cents state law allows. Lapore has said a future mill levy increase or voluntary program may be needed to deal with the state’s orphaned wells.