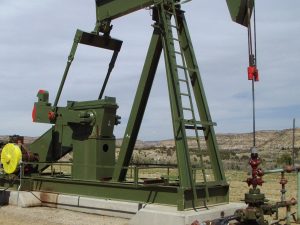 During their first year in effect, Colorado’s rules aimed at managing emissions at oil and natural gas facilities saw nearly a half million inspections take place at more than 18,700 production and processing facilities across the state.

Referred to as Reg 7, the rules were approved following a rigorous, five-day rulemaking session in February 2014.

The extensive revisions to the state’s methane emissions rules for oil & gas facilities were approved in an 8-1 vote by state’s Air Quality Control Commission. The rules are intended to reduce hydrocarbon gas emissions that impact formation of ground-level ozone and to control methane emissions that contribute to climate change, according to official statements issued at the time.

State regulators and the industry agree rules aimed at finding and repairing leaks are effective in reducing emissions of methane and other gaseous hydrocarbons referred to as volatile organic compounds at well sites and processing facilities.

Controversy is brewing however, over state enforcement of rules covering gas emissions from oil storage tanks.