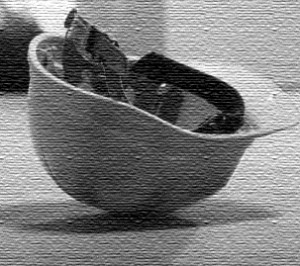 This is an excerpt of an article I wrote for the January, 2016, issue of the Greeley Tribune Energy Pipeline magazine.

The American worker builds skyscrapers and highways, grows the food, logs the wood and produces the energy the global economy would quickly stall without. Workers are also killed on the job with unfortunate and persistent frequency.

Despite the continuing tragedy of workplace fatalities, safety professionals and government statisticians recognize there have been tremendous strides in safer workplaces. Through safer designs, training, safety cultures and ongoing vigilance, efforts are bearing fruit.

Still, every safety pro that I contacted stated emphatically that no matter the improvement, one worker killed is too many.

The figures tell the story. For the year that ended Sept. 30, 2015, there were 4,679 American workers killed on the job, an increase of two percent from the year before, says OSHA.

“Making a living shouldn’t have to cost you your life,” said Dr. David Michaels, Assistant Secretary of Labor for Occupational Safety and Health. “Workplace fatalities, injuries, and illnesses are preventable. Safe jobs happen because employers make the choice to fulfill their responsibilities and protect their workers.”

For perspective, as many as 14,000 workers were killed on the job every year prior to the creation of the agency by President Nixon in 1971. Today, American workplaces are safer and healthier with the on-the-job fatality rate going from 38 deaths a day then to 12 a day now.

Last year saw an increase in worker deaths from slips, trips and falls, from exposure to harmful substances and in traffic accidents than the year before. Fewer died from fires and explosions, being struck by objects or equipment, or from violence by people or animals.

To prevent workplace fatalities, or injuries or illness for that matter, employers must take responsibility for protecting their workers, as Dr. Michaels says. Workers bear some responsibility as well.

Ultimately, safety is personal, said one safety professional. “When people bring these safety thoughts into their lives, both at work and at home, safety performance goes up.”

The full article is here.