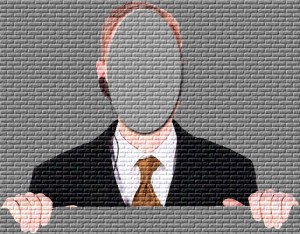 Oklahoma City rallied its support behind the hundreds of Chesapeake workers cut loose this week. As this story by Oilpro tells it, merchants and small businesses across the city made special offers to laid off workers shortly after pink slips were handed out.

Free gym memberships, free yoga classes, free resume writing, and best of all, a free beer at a local watering hole were among the offers. The OKC community stepped up in support of laid off workers.

Social media was filled with expressions of sympathy from the employed as well as the reactions of those let go. Postings from laid-off workers ranged from rants to resigned determination to graceful glass-half-full, thankful-for-what-I-have notes.

The reaction of the small business community in Oklahoma City could serve as a turning point in how mass layoffs affect communities. Traditionally, news of large layoffs tended to focus on the numbers, the prospects for the company and the CEO’s heartfelt regret. As one observer pointed out, “there is a benign neglect of the human impact a downturn like this has on people. These are not numbers on a spreadsheet, these are real people with real families and real needs.”

The difference now is the pervasive presence of social media ensures that when large numbers of people get laid off, the kindness of strangers is shared across entire cities.

It should come as no surprise that the sharp decline in oil prices shows up at the gas pump as a steep drop in retail motor fuel prices.

This week, gasoline prices hit the lowest level since 2009, according to AAA’s Fuel Gauge Report. More than 20 percent of stations around the country were selling go-juice for less than $2 a gallon and for the first time in more than 5 years, average prices dipped below $3 gallon in all 50 states. Yes, even in California and Hawaii.

And, AAA can stop using the term “relatively inexpensive” when describing gasoline prices. Gasoline today is cheap, in real and relative terms and especially when adjusted for inflation. As I wrote last year, if gasoline prices paced the domestic rate of inflation since price controls were lifted in 1981, the national average for a gallon today would be one penny north of three-bucks fifty.

At this writing, the national average for all grades of gasoline was $2.29 a gallon. Nothing relative about that.