Riding out the storm 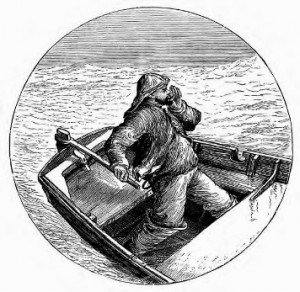 These are strange and difficult times indeed. Crude oil prices continue to skid along the muddy bottom, supplies remain at historic highs, refineries are back to near-full capacity after strikes were settled at all but four. And, the American motorist is now well used to paying less than two-fifty a gallon for regular.

The correction in global oil markets, and the pain felt by those connected to them, will continue for next three months, or so we’re told. But no one really knows what’s next or for how long.

In the meantime, the grim task of tallying the number of oil and gas jobs lost in this go-round is duly reported by the news media.

A reporter at Forbes may have worn out a box of pencils coming up with a headcount of 75,000 jobs lost as of mid-March.

This week, CNN cited a report that put the number of jobs lost at 51,700 workers. That’s an increase in layoffs of 3,900 percent for the first quarter compared to last year. I didn’t think percentages went that high. The source for this story was Challenger, Gray and Christmas, an outplacement firm that must be quite busy about now.

The big oilfield service companies are seeing the most layoffs but workers at E&P companies are not immune. This week, Noble Energy joined the list of operators to have announced layoffs. Noble’s restructuring comes with the loss of jobs in Houston, Colorado and Pennsylvania.

All of this bad news comes at a time when the overall labor market in the US is seen as strong. This week, the NY Times reported that unemployment claims “remained below 300,000, a threshold that is associated with a strengthening labor market.”

Even with a strong labor market in the US, there are troubling signs of weakness in the economy. The Atlanta Fed cut its 1Q15 growth projection to zero from a 1.9 percent growth forecast two months ago. Most of the blame goes on a rough winter on the East Coast and a stubbornly strong dollar.

But let’s not despair. The Atlanta Fed’s assessment was part of a CNN-Money report that actually ended on an upbeat note. “Economists are still largely optimistic about the rest of the year. In fact, most still predict better growth in 2015 than last year” the article concludes.

So, for the glass half-full types there are signs that things will get better. A strong, growing US economy will pull the rest of the world along with it. Economic growth means demand for more energy. And supplies will find a level that sustains reasonable development activities.

No doubt these are difficult times. In an industry known for its resilience, it is times like these when resilience is tested and people find new strengths to ride out the storm.

Note: If the above touches home with you, please leave a comment or send an email. I will continue to report on the impact the drop in oil prices is having on companies and on people. Names can be withheld, your story ought to be shared.