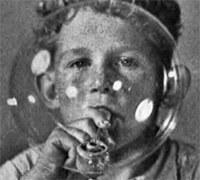 The thing about market corrections is that nobody really knows what incorrection is being corrected.

Were prices too high? Did all that shale production come on too fast? Did the Saudis really intend to trip the markets? Does lower demand in the US really raise oil inventories? Maybe. Maybe not.

What we do know is that falling oil prices hit $45 with a splat just before the Super Bowl and since then, have been bouncing around the $50 mark like a fishing lure over a muddy lake bottom.

Seeking the sage advice of my price-predicting crystal ball – you know, the one that looks like a bowling ball – I can now state with authority that the price of oil will not continue falling to where it becomes cheaper than a stack of wooden pallets. Oil has found a floor and it’s covered in shag carpet.

The story that floated to the surface of my crystal ball included the sound of falling drilling rigs. The message was: “Sit tight and stay on the line.”

So what do some of the other experts have to say?

Oilfield services giant, Baker Hughes, provides market insights along with its venerated weekly rig count. Much of what the company is saying lately is of the “bad and worse” variety. This week, news reports on the BH rig count figures note that the number of drill rigs laid down across the US since October is the fastest decline since 1986.

And layoffs are not far behind. Even Baker Hughes itself isn’t immune to headwinds facing the industry. The company says it plans to lay off some 7,000 employees by the end of March.

The decline in oil prices is now rippling across the industry like a large chunk of scoria dropped into an ephemeral stream in August. Everyone out of the pool. Operators are dinging primary contractors on day rates and primaries are demanding a third or more in price cuts from their subs.

On the company side, the layoff announcements come with a sad, familiar regularity while marginal shops simply blink out in silence. Yes, it’s Business 101 and yes, it has to be done. But it’s also painful, disorderly and traumatic.

As an oversupplied market slowly works down inventories, managers press their operations and finance teams for guidance on restructuring and protecting cash. After 2008, we saw companies that cut too deeply into the ranks were ill-positioned to get back into the game when the recovery got underway. Difficult times are the true measure of worthy leaders.

The oil and gas industry has reacted quickly to the steep drop in prices. Marginal fields and risky plays are off the table and cookie-cutter sites with rock-solid stats are catch of the day. Anyone who thinks of the industry as slow-footed or clumsy simply doesn’t understand how things work.

Prices have found a floor. The rapid contraction of operations and consequent barrel-at-a-time reduction in the flow of oil will be followed by a gradual calming of the markets as supply gets reacquainted with demand.

I consulted my crystal ball for one more bit of insight into where things are headed. The answer came back “Signs point to maybe.” I think I’ll invest in an Ouija board.