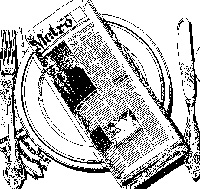 In a surprising finding, a study released today says public relations, as practiced in America and around the world, has finished its work and is no longer needed, according to MBH Global, a substantial strategic communications firm.

“As far as we can tell, companies have all told their stories, so public relations as a professional service, is no longer needed,” says Nigel Bittersmith-Scone, content headmaster at the London-based firm and author of the report. “All companies need today is a broadband connection and a Facebook account. Having an in-law that blogs regularly is also quite helpful.”

The report, “Not Needed: Public Relations’ Work Is Done,” based its startling conclusions on nearly a dozen Internet searches for examples where traditional public relations practices have succeeded in building awareness and support for a local business or where incidents did not escalate into “PR nightmares.” When professional public relations tells a good story for business, the result is good for business, the report concludes. As a result, the stories are all told and need not be told again.

“That is ridiculous,” commented Edelbrock Hillstone, spokesperson for the Public Relations Alliance of Business Communicators, from its headquarters in South Upper Nyack, NY.

“Whether you go by the Google definition, the one on Wikipedia, or even the PRABC,” says Hillstone, “any businesses or organization that has a story to tell, needs public relations.”

The MBH report cites as an example the advice given to the federal government by another significant communications firm recommending the United States “begin distancing itself from the State of Alabama” as proof that public relations is no longer needed. “Ultimately, Alabama remained in the United States,” it concludes.

When asked why MBH chose the first day of the second quarter to release its groundbreaking study, Bittersmith-Scone replied: “We like the ‘one four one four’ symmetry. And it’s our favorite day to catch up with the university student newspapers.”