This is … Flight 370 twenty-four seven 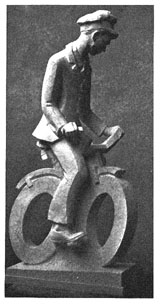 Bicycles were used by soldiers in past wars to get them where they needed to go for one simple reason. Unlike a truck or a horse, a bicycle got you there and needed “neither fuel nor fodder.” The mystery of Malaysian Airlines Flight 370 has provided the media – news, social and otherwise – with the equivalent of a soldier’s bicycle.

The missing plane story keeps giving purveyors of news exactly what they need to keep consumers of news – all of us readers and viewers – coming back without them having to invest too heavily in digging for an answer; someone else is doing most of the expensive digging for them. It’s a story with just about every pushbutton needed to keep interest high. And, to nobody’s surprise, it’s already generated a hoax picture that’s gone viral.

But for all the broadcasters, narrowcasters, newspapers, massive online news sites and voice-in-the-wilderness bloggers, there is one news hub that stands apart. Without a doubt, this bastion of breaking news has outdone them all for wall-to-wall, 24/7, full on, get-it-here coverage. That would be the basic cable channel founded by Ted Turner as the Cable News Network.

That CNN has been devoting much of its day, every day for the past two weeks, to Flight 370 has itself become a news story. According to one television industry trade writer: “If you watched the top of NBC’s Nightly News (Tuesday, March 18), Tom Costello took about 2 minutes to tell viewers all the new information they had on the missing plane. Over on CNN they took all day to give you the same information.”

“CNN’s wall-to-wall guessing of the whereabouts of the missing Malaysia Airlines flight is bringing them big ratings,” the story continues. “But, it also has staffers inside CNN questioning if this coverage is really best?”

Quoting an internal memo from CNN news management, the story concludes that full-time missing plane coverage is “a strategy we are confident and comfortable with.” So, they are at least secure in their belief they are doing the right thing … for CNN.

The network’s response to criticism of wall-to-wall coverage appears to be a slight drift away from the speculative, say anything segments that dominated its early coverage to simple, repetitive reporting of the latest satellite image and looped video clips of weeping relatives at the airport.

Lately, CNN on television has taken to rounding up anybody with a pilot’s license to describe what happens in a cockpit, while at its online space, it’s giving an op-ed forum to anybody willing to write about why people are interested in stories like Flight 370.

But reporting the news is competitive by its very nature, so the criticism of CNN’s coverage continues. And why not, criticism is easy when a program host invokes “supernatural power” as a possible explanation.

Earlier today, near the end of a segment about expectations for this year’s mid-term elections, a CNN political reporter noted there wasn’t much new in that story to talk about. This prompted the host to comment she didn’t know what they would talk about once the story of Flight 370 went away. Had they asked me I’d have pointed to the Ukraine, but sadly, they did not.

The story of the missing plane will eventually fall from the top of the news but I have to wonder: where will CNN find its next bicycle?